Photo release: an aesthetic approach, but "not artistic"

Presentation at University of Bucharest, Faculty of Journalism 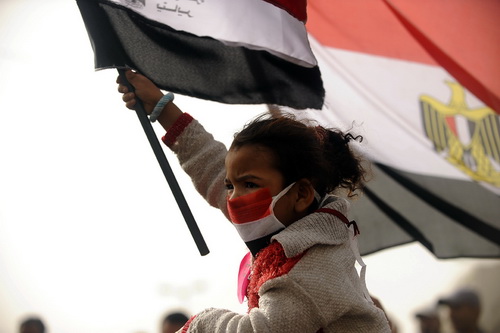 The value of a picture as a document has two coordinates - time and place. They’re impartial and they represent the principal tools with which the subjectivity and the professionalism of the photojournalist operate to portray the ongoing event.

This way, the selection of the moment at which the photographer takes the shoot, as well as the particular viewpoint of the subject are not creative elements, but rather stylistic elements. A good example would be that of an event attended by ten photoreporters. All ten of them will "report" with their images THE SAME EVENT but in ten different ways. Thus press photography is not a creative endeavor, it doesn’t invent a parallel world, but on the contrary, it has to represent the real world with maximum objectivity. The aesthetics of the image is just the stylistic element which helps the photography to carry the visual message.

Going back to the document value of press photography, it is considered that any intervention, digital or not, on the image, other than cropping or contrast/luminosity/color adjustments, distorts the message, violates the criteria of objectivity, the journalistic principles and “sends” the image in other areas that may or may not border the artistic domain.

The case of an American war photoreporter from "Los Angeles Times" is well known. Brian Walsky took a series of images in Iraq where an armed soldier guarded a few civils, including a man holding a child. Before sending the images he noticed that the aggressive attitude of the soldier shown in a photo "matches" better with the fear captured on the man’s and child’s face in another frame. He composed the two frames into one, which he sent to the editorial office. The image appeared on the front pages of two big newspapers. The alteration has been discovered after the publications have been released and although that the situation itself was real, and even if the event has really happened, the misrepresentation was considered so bad that the photographer was fired and the two newspapers made the case public, apologizing to their readers. Though he was awarded for his work several times, his career was compromised for good.

The example above also emphasizes another side of the discussion, namely the editing of press photography. Besides penalizing the lack of morality and professionalism of the photoreporter the negligence of the photo editors, has been severely penalized as well. However, the problem in editing doesn’t consist only in falsification, but also in the quality of the images being edited. Of course, one of the important criteria in choosing the image is its aesthetics, but that’s not the only one.

I believe that press photography must have, besides the subject, a predicate too. The editor has to choose between an illustration and a photograph. The illustration would be, in this case, an image in which the subject is in suspension, while the photograph has its subject connected to an explicit predicate. The sentence which is delivered through a good photo becomes a press material itself, which builds a coherent phrase with the title of the article it comes with.

Sadly, the press in Romania often uses the excess space as the only criteria in publishing photos. The situation where from lack of space, a common occurrence, photos having amazing stories to tell are being removed is as serious as the first one.

The situations above are a result of the misunderstanding of the press photography. The lack of an educational institution specialized in photography, in which techniques, aesthetics, categories, and problems, would be deeply analyzed, leads to the lack of criteria, and, paradoxically speaking, makes everyone think they possess the necessary qualifications. As a consequence the photoreporter lacks due authority in an editorial office where everyone “knows” photography.

Holding its ground as an area of technical and utilitarian expertise, handy for everyone, photography hasn’t devoted itself as an artistic field. Instead, as an instrument of expression and communication, it enabled many artists to rise to fame through photography.

“The Endless Column” from Târgu Jiu does not define the bronze foundry as an artistic field, but validates yet again the artist Constantin Brâncuși.